Nicolas Cage, who has paid off all the debts and returned to the mainstream with “The Unbearable Weight of Massive Talent‎” and “Renfield‎”, said in an interview a few days ago that he is not interested in the sequel of “FACE/OFF”. Very much looking forward, if there is a sequel, he hopes to star again.

Judging from Cage’s rhetoric, the sequel to “FACE/OFF” is currently only a project on paper.

1997’s “FACE/OFF”, an action classic, was not only John Woo’s critically acclaimed work, but his first A-list production in Hollywood.

The film has a strong sci-fi attribute, telling the story of an FBI agent and a serial killer who exchange faces after an accident, and then continue to play a cat-and-mouse game in this world.

Arnold Schwarzenegger and Sylvester Stallone were originally cast for the lead roles, and John Woo later became director, who thought John Travolta and Nicolas Cage would be more suitable. 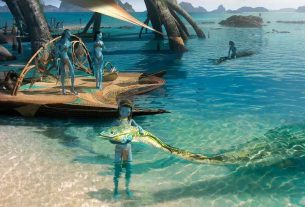 “Avatar: The Way of Water” releases new concept stills and photos of the shooting scene The first episode of “The Offer‎” has an IGN rating of 5, a disastrous start Ocean’s Eleven series may expand the universe, Margot Robbie is expected to star