We recently learned that Zazie Beetz is also in talks to reprise the role of Sophie Dumond from Joker, while Brendan Gleeson (“Mr. Mercedes”) is also part of the ensemble.Catherine Keener (Get Out, “Brand New Cherry Flavor”) recently joined the cast as well.

The sequel brings Joker back to theaters on October 4, 2024.Filming is expected to kick off in December of this year.

“Folie à Deux” is the term meaning “shared psychosis” or “shared delusional disorder,” which is likely a reference to the fact that Lady Gaga is playing Harley Quinn.

Todd Phillips and Scott Silver are writing the sequel to the hit 2019 movie. 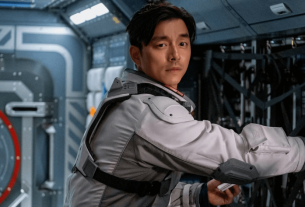 Another Korean drama “The Silent Sea” on Netflix starts airing: it’s worth watching but it should not be able to surpass “Squid Game”