Hulu’s luxurious lineup of suspense thriller series “Nine Perfect Strangers” is close to renewing for a second season, and the first season will sign up for the Emmy Awards drama series competition. The new cast and plot have not been revealed.

The show, which launched on August 18 last year, was well received and became Hulu’s most-watched original series (drama, comedy, limited or unscripted) of all time after its premiere and five days after its launch.

The previous viewership record for the platform was set by the Season 4 finale of “The Handmaid’s Tale”.

The story takes place at a boutique wellness resort whose purpose is to heal and transform, where nine stressed-out city dwellers arrive to try to make their way of life better.

During the ten-day recuperation period, the resort’s supervisor, Masha (Kidman), looked after them, and her task was to rejuvenate their minds and bodies. 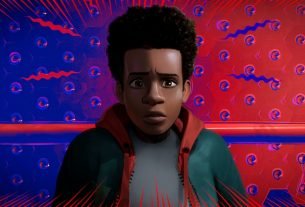 “Spider-Man: Into the Spider-Verse” topped the best animation of “Empire” magazine