The first batch of stills of the Hollywood live-action “Cowboy Bebop” series has been exposed and will be launched on Netflix on November 19 this year.

The series starring John Cho, Daniella Pineda, etc., is adapted from the original Japanese TV animation of the same name.

“Cowboy Bebop” is set in the universe of 2071. The governments of various planets allow individuals to capture criminals to obtain bonuses.

So bounty hunters became active, and the hero Spike Spiegel was a bounty hunter traveling through the universe.

The original Japanese animation “Cowboy Bebop” is directed by the famous director Watanabe Shin`ichirou, and each episode is an independent plot.

In addition to the exciting action scenes and sci-fi settings, the animation also integrates the forms of various civilizations in the 20th century with the space scenes, and adds a lot of tribute to classic movies, and is regarded as a generation of classics by sci-fi fans.

Shinichirô Watanabe will be the consultant for the live-action drama, Alex Garcia Lopez (“The Witcher”, “Daredevil”, “Cloak & Dagger”) will direct the first two episodes, and Christopher L. Yost (“Thor: The Dark World”) will write the first episode script. IGN reviews the best Batman movie of all time: “The Dark Knight” is no suspense! 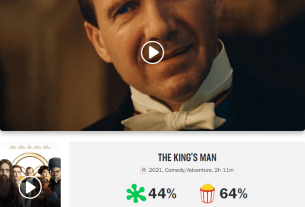