After protracted development, the film “The Last Voyage of Demeter”, which tells the story of vampires, finally ended.

For this hard-won moment, it is necessary for everyone to cheer for the film’s director André Øvredal and offer their own blessings.

André Øvredal, a director from Northern Europe, is very good at directing fantasy and horror stories. He had previously filmed “Scary Stories to Tell in the Dark”.

In the writing of Bram Stoker, the original author of the novel “Dracula”, “Demeter” is the name of the ship that transported Dracula from Transylvania to London.

It ran aground on the British coast, in tatters, and there was only one crazy survivor left on the ship.

The script of “The Last Voyage of Demeter” was written by Bragi F. Schut (“Season of the Witch”).

It tells the terrible journey of the Demeter: a mysterious passenger slaughtered the crew one by one.

This is not the only film that tells the origin story of vampires in Hollywood so far.

Under the umbrella of Universal, a film called “Renfield” is also under development.

In the system of vampires, Renfield is Dracula’s number one supporter. He lives in a mental hospital and ostensibly suffers from paranoia.

But in fact, it was Dracula’s servant.

Currently, the actors identified in “The Last Voyage of Demeter” include Javier Botet,
, Liam Cunningham and others.

The film was first approved in 2002. In the plan at the time, Bragi F. Schut and Robert Schwentke would jointly direct the film, but it failed to take place.

Subsequently, the shooting of “The Last Voyage of Demeter” fell into anxiety.

Finally, in 2019, the director candidate was determined to be André Øvredal.

According to the plan, “The Last Voyage of Demeter” will be released on January 27, 2023. 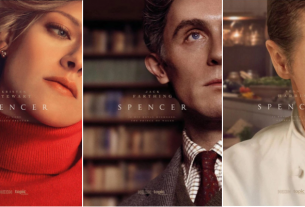 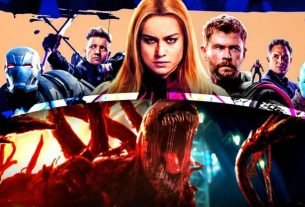