On April 25th, local time, the world premiere of the world-renowned British classic IP series “Downton Abbey: A New Era‎” was held in London. The “Crawley” family reunited on the spot, star-studded.

With the premiere, the film’s reputation was lifted. “Downton Abbey: A New Era‎” has a freshness of 75% on Rotten Tomatoes and a score of 7.4 on IMDB

On May 20th, the film will be officially launched in major domestic theaters at the same time as Northern America. The most extreme and gorgeous audio-visual feast is coming soon!

The stars are dressed in grand, elegant and gorgeous clothes, just like the aristocrats in the film coming into reality, which perfectly matches the style of “Downton Abbey”.

The film “Downton Abbey: A New Era‎” will continue to uphold the core of the series and start a new story – when a film crew enters the manor, the interesting collision between old and new cultures can be described as sparks.

The appearance of a Nanfa villa will also reveal the secret past of the old countess.

It is worth mentioning that after the film’s word-of-mouth ban was lifted, it received fresh praise from well-known media such as “The Guardian”, “Variety”, “The Daily Telegraph” and “The Hollywood Reporter”.

How will the warm and witty story unfold? How will the old manor embrace the new era? Really looking forward to it!

“Downton Abbey: A New Era‎” will be officially released on May 20! 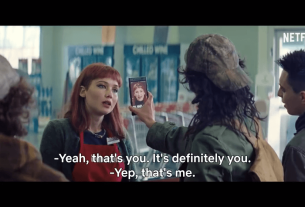