Based on the novel of the same name by Sarah Perry, it was named Book of the Year at the National Book Awards in 2016.

Set in 1893, it tells the story of Cora Seaborne, who moved from Victorian London to the Essex town of Alderweirel after she had just lost her husband and became a widow, escaping an abusive marriage.

A local superstition piqued her interest – a mysterious creature known as “The Essex Serpent” has returned to the place.

Related Post: The new drama “The Essex Serpent” starring Tom Hiddleston released Official Trailer, it will be launched on AppleTV+ on the 13th. Filming of “The Last Voyage of Demeter” ends, and the vampire story returns to the big screen 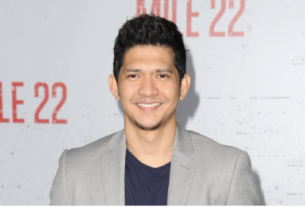