The fantasy adventure series ‘Willow‎’ produced by Lucasfilm for Disney Plus released the official trailer at D23Expo, the return of magic, and Disney+ will start on November 30th.

And at Disney’s D23 Expo on Saturday, one more member of the cast was confirmed for Willow: Christian Slater, who will apparently be a mysterious friend of Madmartigan, who was played by Val Kilmer in the original film.

Willow’s newest trailer is filled with action, magic, and plenty of humor, and doesn’t require much knowledge of the original movie to appreciate — it has Warwick Davis in it, after all, who seems to be having the time of his life returning to the sorcerer Willow Ufgood.

Joining Davis in Willow is a much-younger cast of adventurers played by Dempsey Bryk, Amar Chadha-Patel, Ellie Bamber, Tony Revolori, Ruby Cruz, and Erin Kellyman (who previously starred with Davis in Solo: A Star Wars Story). Joanne Whalley from the original Willow will reprise her role as Sorsha in the series.

The original Willow hit movie theaters in 1988, but Lucas conceived of his fantasy adventure in the early ’70s, and chose Davis — who had appeared in Star Wars: Return of the Jedi as an Ewok — to be his leading man.

The fantasy film tells the story of Willow, who must protect an infant, Elora Danan, from an evil queen. 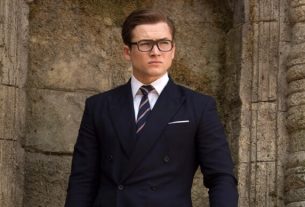 “Kingsman 3”: Matthew Vaughn reveals the start time of the film, and Eggsy’s story will end