The first looks at Ahsoka and the logo of ‘Ahsoka Tano‎’ have been revealed during the Star Wars panel at D23.For starters, there was the first look at Ashoka, showing the Jedi wielding her lightsaber. The upcoming series will follow Ahsoka Tano, played by Rosario Dawson, who previously played the role in both The Mandalorian and The Book of Boba Fett.

While plot details are being kept tightly under wraps, it seems likely that the series will follow her search across the galaxy far, far away for Grand Admiral Thrawn.

Jon Favreau’s joining Filoni on stage. “I get to be down there in the set with Dave, and it’s remarkable what they’re able to accomplish… seeing the lightsaber battles come to life, it’s amazing action ” says Favreau.

Mary Elizabeth Winstead recently joined the show’s cast in an undisclosed role and Ray Stevenson is set to play the series’ villain.

Both Ahsoka is set to be released on Disney Plus sometime in 2023. 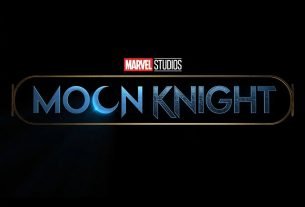