In the last two weeks, Ezra Miller has embarked on an apology tour, with his latest stop reportedly being Warner, where he will meet with executives from Warner’s film division to apologize.

According to media reports, Ezra Miller and his agent met with Warner Pictures president Michael De Luca and Pamela Abdy to apologize for the negative impact a series of recent actions had on the film version of ‘The Flash’.

Ezra Miller is said to have re-emphasized his commitment to the film, after rumors that he had been involved in threats following a deep controversy.

After reports surfaced that ‘The Flash’ was in danger of being axed, Ezra Miller began looking for opportunities to meet with Warner executives, where he repeatedly apologized and promised to be careful about what he said next.

In the audience survey results show that fans’ perception of ‘The Flash’ has improved, which is also related to Ezra Miller’s recent good performance.

However, even if Warner Bros. Discovery is willing to give ‘The Flash’ the green light, Ezra Miller’s troubles don’t end there.

Ezra Miller is facing lawsuits in multiple states in the U.S., including, among others, a felony burglary charge in Vermont. In addition they are charged with abduction of a juvenile.

Ezra Miller dared to reappear only after he cleared out of Instagram and disappeared for a while.

Sources say Warner Bros. Discovery is making preparations on many fronts, which have taken into account the possibility of a complete cancellation of the film’s release.

After the cancellation of ‘Batgirl’, ‘The Flash’ is just one of the many troubles they will have to deal with next.

As for Ezra Miller, he needs to appear in Vermont court on September 27.

The Flash” pilot performance is quite good, from the rating comparable to “The Dark Knight”, Warner said the film may be able to achieve a double win at the box office and word of mouth.

Related Post: Ezra Miller apologises to Warners and expresses commitment to ‘The Flash’. 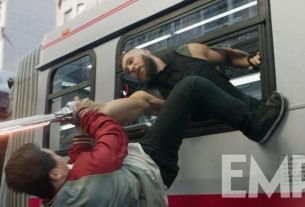