THR Exclusive: Recently, “The Flash” Ezra Miller met with Warner’s people at Warner’s set in Burbank, California, where the troubled Ezra Miller apologized and expressed his commitment to ‘The Flash’.

Members of the meeting included Ezra Miller and his CAA agent Scott Metzger, as well as the new heads of Warner Bros. films, Michael De Luca and Pamela Abdy, who took over in July, in the first meeting between the two parties.

Ezra Miller’s recent string of negative news (including arrests and charges) has affected the prospects for ‘The Flash,’ which is scheduled for release in Northern America on June 23, 2023.

THR reports that Ezra Miller doesn’t care about the widespread negative press, but is concerned about the fate of ‘The Flash,’ which is reportedly one of Ezra Miller’s favorite roles to play.

And not long ago it was reported that De Luca was considering various options for ‘The Flash’ because of the state of public opinion of the lead actor, and there was even an option to scrap the film, which cost $200 million to make.

As a result, Ezra Miller had to take immediate action.

Ezra Miller’s actions include issuing a public apology in the middle of this month, stating that he understands he has complex mental health issues and has begun treatment, and this meeting with Warner executives.

The content of the meeting has not yet been revealed, but it allegedly included an apology from Ezra Miller to De Luca and Abdy for the bad publicity caused to ‘The Flash’ and an expression of commitment to seeking treatment and to the future of the film.

Fury of the Gods’ ‘Aquaman and the Lost Kingdom’ were announced a few days ago, and the film schedule has not been affected, the soundtrack will begin next week in London, special effects work continues, is expected to be completed at the end of this year .

The report also said that ‘The Flash’ has performed well in previews, getting some of the highest preview scores since Nolan’s ‘Batman’, and Warner executives believe it is expected to get both word-of-mouth and box office wins.

Neither Warner nor Ezra Miller’s agents would comment on this report.

Warner Bros. Discovery and DC Films have undergone huge changes recently, with the outright abandonment of ‘Batgirl’ causing an uproar and Warner recently screening ‘Batgirl’ exclusively for its employees, while an in-house screening of the film with Ezra Miller and A meeting with Ezra Miller and Warner executives took place in the same place at the same time, and the different fates of multiple films are alternating. Kristen Stewart at Crimes of the Future ‎Red Carpet Premiere​​​​ 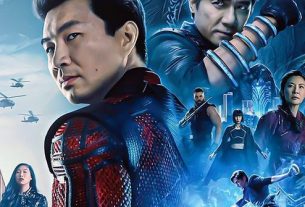