“Eternals” premiered at a box office of US$71 million in North America, which was lower than the expected US$75 million.

The film’s world premiere box office was US$161.7 million, and it was the second largest box office in the world during the epidemic (“Fast and Furious 9” US$163 million).

“Eternals” has the lowest rating in the Marvel Cinematic Universe, with Rotten Tomatoes freshness of 48%. It is the only “green” movie from Marvel.

All other Marvel movies are rated A.

As “Eternals” tells about Marvel’s first gay superhero, the film was suspended in some Arab countries.

“Dune” ranked second with a box office of $7.6 million in the third week of its release.

The highly anticipated independent film “Spencer” during the awards season was only $2.1 million, ranking eighth.

“Spencer” has a poor box office, but has a good reputation. Its rotten tomatoes are 85% fresh.

Kristen Stewart, who plays Princess Diana in the film, is expected to be nominated for Best Actress Oscar.

And Neon has successfully run the promotion of “Gisaengchung” and helped it win four Oscars.

The film is based on Nella Larsen’s 1929 novel of the same name.

The novel is set in the Harlem neighborhood of New York in the 1920s. Clare (Ruth Negga) and Irene (Tessa Thompson) are both light-skinned blacks.

Both of them can pretend to be white, but choose to live in two worlds bounded by skin color.

As the lives of the two are more closely intertwined, Irene finds that his once stable life is beginning to be turned upside down by Clare’s appearance.

Interpol issued a global alert called “Red Notice” to hunt down the world’s most wanted criminal.

A bold robbery has led to one of the top criminal profilers of the FBI (Dwayne Johnson) and two criminals (Gal Gadot, Ryan Reynolds) competing against each other on the bar.

How things will develop now is hard to say.

Related Post:The word-of-mouth ban of “Red Notice” is lifted, Rotten Tomatoes are 43%, and the audience score is 95%. 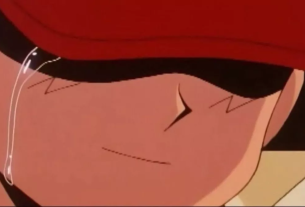 Pokemon is retiring Ash and Pikachu, and I’m a little heartbroken