“No one on this planet can stop me!” DC superhero movie “Black Adam” revealed a new short trailer, who can beat Black Adam played by Dwayne Johnson? The film Northern America is scheduled for October 21, and today is just one month countdown to its release.

From New Line Cinema, Dwayne Johnson stars in the action adventure “Black Adam.” The first-ever feature film to explore the story of the DC Super Hero comes to the big screen under the direction of Jaume Collet-Serra (“Jungle Cruise”).

In ancient Kahndaq, Teth Adam was bestowed the almighty powers of the gods. After using these powers for vengeance, he was imprisoned, becoming Black Adam.

Nearly 5,000 years have passed and Black Adam has gone from man, to myth, to legend. Now released, his unique form of justice, born out of rage, is challenged by modern day heroes who form the Justice Society: Hawkman, Dr. Fate, Atom Smasher and Cyclone.

Related Post: Superman and Batman appear in new trailer for ‘Black Adam’, the film has 124 minutes. What are the latest original film and television works exposed at the Apple conference? 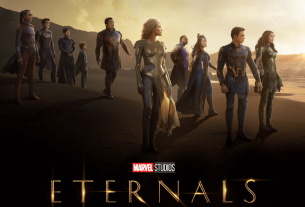