“In a world before heroes and villains emerged, one force ruled – Black Adam.” DC superhero movie ‘Black Adam’ reveals a new TV trailer with Batman, Superman, Wonder Woman, Aquaman and Harley Quinn and other DCEU characters also appear. The film will be released in Northern America on October 21.

The current length of ‘Black Adam’ is 124 minutes. 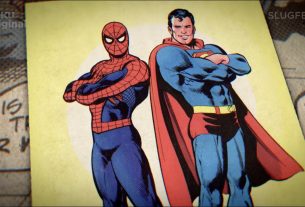 The new version of “The Killer‎” exposure news, it will land on global streaming media ‘BARDO, False Chronicle of a Handful of Truths‎’ has a bad reputation: Rotten Tomatoes fresh rating of 46%, MTC average score of 53