Tim Burton’s ‘The Addams Family’ spinoff ‘Wednesday’ has a new trailer, featuring Gwendoline Christie as the elegant Larissa Weems, the head of Winged College. The series will be available on Netflix this fall with 8 episodes.

The episodes tell the story of Wednesday Adams during his studies at Nevermore College, full of detective, supernatural mysteries.

Here she attempts to master her emerging psychic abilities, thwarts a brutal killing spree that has thrown the local town into panic, and solves the supernatural mystery that plagued her parents 25 years ago.

At the same time, she is navigating new and intricate relationships. 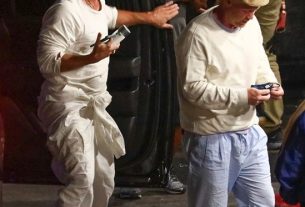