The film is directed by Jaume Collet-Serra and stars Dwayne Johnson and Pierce Brosnan.

‘Black Adam’ tells the story of the highly subversive superhero Black Adam, who takes revenge after gaining divine powers, and will be released in Northern America on October 21. 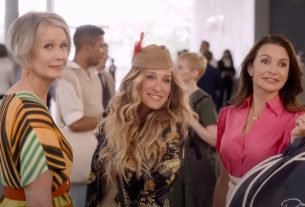 “And Just Like That”: The official trailer for the sequel to “Sex and the City” has been released