On September 8, according to foreign media reports, the science fiction blockbuster “Dune” released a Dolby version of the poster.

On the poster, Paul Atreides, played by Timothée Chalamet, walked down the dunes alone, and two planets in the sky created a strong alien starry effect.

In the new version of the “Dune” movie, Paul Atreides played by Timothée Chalamet leads a rebel army on a journey to regain control of Arakis.

At present, the materials exposed by “Dune” have excellent visual effects, but since the presentations are all fragments, it is impossible to understand the details of the story.

It is reported that “Dune” will be shown in theaters and online in North America on October 22. 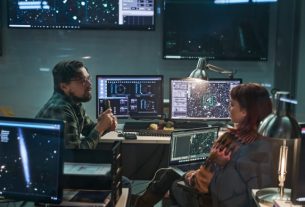