On September 8, Maggie Q said in an interview that “The Protégé” is expected to continue filming a sequel.

“I’ve never said anything like that in the past, but I’m happy to release more sequels from “The Protégé”. Apart from the cast of Michael Keaton and Samuel L. Jackson, I really want to be with Martin Campbell again. The directors cooperate, and if the audience’s response is enthusiastic enough, we will have the opportunity to shoot a sequel.”

The story of “The Protégé” revolves around Rembrandt (Michael Keaton) and Anna (Maggie Q). These two top killers in the world will reveal a mysterious past that happened in Vietnam.

Over the years, they have traveled all over the world to compete with each other for the most sought-after contract.

But when Anna’s mentor Moody Dutton (Samuel L. Jackson) is murdered, she and Rembrandt must form an alliance and return to Vietnam to hunt down the murderer.

“The Protégé” will be released in North America on August 20, 2021. The freshness of Rotten Tomatoes is 61%.

Related Post: This weekend “Reminiscence” has a poor reputation, Maggie Q’s new film “The Protégé” has a good reputation. 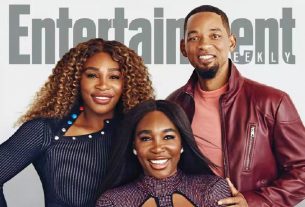 “King Richard”: Will Smith takes the Williams sisters to the new issue of “Entertainment Weekly” “Quicksilver” Aaron Taylor-Johnson appears on set of “Kraven the Hunter”