The film from Wonder Woman director Patty Jenkins was meant to be the next Star Wars picture, but it isn’t happening anymore.Disney has ditched plans for ‘Star Wars: Rogue Squadron‎’.

The house of mouse removed the film from calendars while confirming release dates for the planned Lion King prequel, new Pixar films and the Snow White reboot.

The space-based fighter pilot adventure was being developed by Wonder Woman director Patty Jenkins. Announced in 2020 and subsequently delayed, it was supposed to be released in December 2023.

Disney confirmed release dates for a few other films: The Haunted Mansion moves to Aug. 11, 2023, replacing an untitled Disney live action movie which has also been dropped.

Taika Waititi’s sports comedy Next Goal Wins is out April 2023, while animated movie Wish will be released Nov. 22, 2023.

Disney has shifted direction when it comes to Star Wars, bringing new Star Wars stories to Disney Plus instead of theaters.

The galaxy far, far away has been brought into our living rooms with streaming shows like The Mandalorian, The Book of Boba Fett and Andor, which premieres (here’s the full episode release schedule, starting Wednesday Sep. 21).

Disney actually has Star Wars movies slated to be released in theaters Dec. 19, 2025 and Dec. 17, 2027 (alternating each holiday season with Avatar sequels). We don’t much about them other than they’re likely to be standalone stories rather than a long-running saga like the Skywalker trilogies. 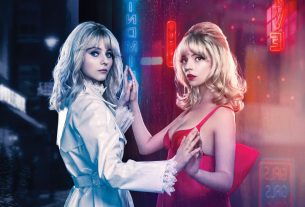