A video of the film was also shown at SDCC, and Fandango said some viewers cried after watching it.

The video shown on the set reveals that the film will explore the origin story of Rocket Raccoon, “the most miserable creature in the universe,” and that Gamora will lead the Marauders. It reportedly shows the return of Gamora, as well as Rocket Raccoon as a young child.

In the trailer, Gamora can be seen leading a team of looters, and “Star-Lord” Peter Quill was shocked to see her and told her she was all he had. But Gamora said he didn’t know him at all, and that he was looking for another Gamora.

In a live interview, several actors also briefly talked about some of their thoughts on the third film. Chris Pratt (Star-Lord) said Quill was very lost because he lost his Gamora, and the new Gamora made him feel vulnerable.

Karen Gillan (Nebula), on the other hand, said that after Thanos’ death, Nebula may have become a little more humorous as well.

Related Post: Kevin Feige: The relevance of MCU Phase 4 will become clearer in the next few months. 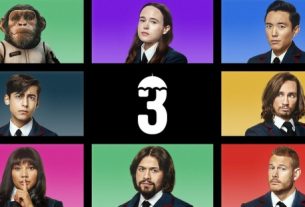