A few days ago, “Candyman” released a video introducing the work behind the scenes.

In the video, the staff of “Candyman” introduced the art design and art of the entire film, and explained how the story slowly turned from a concept to a substantive visual image.

The crew looked for sources of inspiration from past art works and film and television works, and gradually transformed something that didn’t exist.

Under the control of director Nia DaCosta, “Candyman” seems to have some high-concept symbolic characteristics.

In fact, judging from the configuration of many black people behind the film, it can be roughly guessed that the film is related to race.

The original “Candyman” was originally a film related to ethnic elements.

The original “Candyman” has two sequels, namely “Candyman: Farewell to the Flesh” in 1995 and “Candyman: Day of the Dead” in 1993.

However, neither of these two sequels has reached the passing line, so the entire series also disappeared.

In the original story of “Candyman”, the scholar Helen, played by Virginia Madsen, is studying a popular American folklore.

As long as the name “Candyman” is read five times in a row in the mirror, a ghost with a hook in his right hand will run into the world to take his life.

Helen came to Chicago to conduct on-site investigations, and a series of murders fatal by Hook also occurred.

Finally discovered the truth of that legend.

It turned out that it was a black man who had his palm cut off because of his love with a white lady and was smeared with honey, which made him suffer from the pain of a bee before he died and deliberately retaliated for killing.

After several file changes, the film is scheduled to be released on August 26. 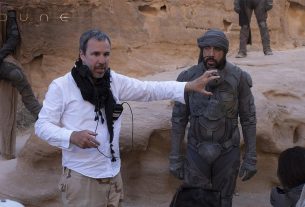 “Thor: Love and Thunder” released the ultimate trailer, the new clip, Stormbreaker: you NTR me?