The Queen is back! Allie Fanning appeared on the set of “The Great Season 2”.

Recently, the US “The Great Season 2” officially launched in London.

The heroine Elle Fanning is the first to appear on the set, still in a noble and elegant hair style!

However, the male protagonist Nicholas Holt did not appear on the set.

There are ten episodes of “The Great Season 2” and it is expected to return this year.

The play revolves around the rise of Catherine the Great, and will also describe the relationship between her and her husband Peter.

The first season of the play received two nominations for the Golden Globes in the drama category this year, and Elle Fanning and Nicholas Holt were both nominated for best actor and actress.

Related Post: “The Great Season 2” released stills, it will be broadcast on Hulu soon. 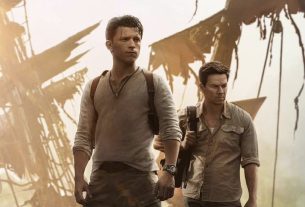 “Uncharted” reveals the first poster, Tom Holland and Mark Wahlberg embark on a treasure hunt together