No, the British “The Guardian” gave it a full score, and the scores on other platforms are also quite beautiful. The freshness of Rotten Tomatoes is 88%, and the more stringent MTC platform, the average score of the media is as high as 83 points.

It is “The Northman” that tells the story of the Vikings. The recently released trailers and clips of the film are very eye-catching.

Related Post: “The Northman” officially announced that it will be available for video on demand on 5.13 this Friday!

Oil painting textured pictures, primitive and barbaric violent scenes, magic and witchcraft are in harmony, I believe many people can’t resist such a tone.

Audiences who were initially exposed to “The Northman” were first attracted by its powerful cast.

The male protagonist is Alexander Skarsgård, Oscar-winning actress Nicole Kidman, who is loved by movie fans, and Anya Taylor-Joy, a popular Hollywood flower.

Last year, Anya Taylor-Joy beat rival Nicole Kidman with the American drama “The Queen’s Gambit”, and this time they surprised fans with their performance together.

And “The Northman” is the second collaboration between Anya and director Robert Eggers, the first being “The Witch” in 2015 where they made each other.

For the second time, Anya played the witch again, and some netizens even suspected that “The Northman” was a sequel or derivative movie of “The Witch”.

In the future, the two will have more in-depth cooperation – Eggers’ fourth feature film, the vampire theme “Nosferatu”.

Other stars include Ethan Hawke, who recently participated in Marvel’s new drama “Moon Knight”, who plays Alexander Skarsgård’s father, and the villain is Claes, a Swedish actor who made his debut in the Cannes Palme d’Or film “The Square‎”. Bang.

In addition to the eye-catching lineup, the biggest feature of “The Northman” is the continuation of the visual style of director Eggers.

Related Post: ‘The Northman’ releases new movie trailer, the scenes of the film are brutal like Viking legends.

The trailer for “The Northman” is a bit shattered, but once you hit the pause button, every frame of her can be used as wallpaper.

On the one hand, it benefits from the magical natural scenery of the Icelandic location, and on the other hand, it depends on the director’s aesthetics.

From “The Witch” to “The Lighthouse” to “The Northman,” Eggers has been making the same kind of film from a visual standpoint alone.

There is no doubt that “The Northman” will be another oil painting film.

When he created his previous work “The Lighthouse”, Eggers would first find a famous painting that matched the envisioned picture, and then create the video, so the director would feel “easier”.

There is reason to believe that “The Northman” will also restore a large number of famous paintings, just wait for the great gods to discover them one by one.

Audio-visual language is Eggers’ best skill. As for his storytelling ability, I can’t say no, only that he is very picky about the audience.

His movies must be watched slowly, otherwise it will be easy to lose patience. With reference to the ratings of “The Witch” and “The Lighthouse” on Douban, it is barely over 7, so you can understand.

The main problem is that the threshold for watching movies is very high.

Eggers belongs to the “academic research” director, so small that every line is as well-founded as possible.

Much of the dialogue in “The Witch” comes from folklore, mythology, witchcraft records, and even journals, journals, and events.

From “The Witch” to “The Northman”, the three works are all from folklore without exception, and all involve strange powers and chaos.

“The Witch” and “The Lighthouse” originate from the legends of New England in the United States. The director himself was born in New England. Telling the story of his hometown can be said to be at your fingertips.

This time, the story of “The Northman” involves a field he is not familiar with, but fortunately he has brought in a powerful Nordic studies scholar to help.

The historical advisor was Neil Price, a professor of archaeology at the University of Oslo and a recognized expert on Viking history.

The literary advisor is a scholar (Jóhanna Katrín Friðriksdóttir) who works at the National Library in Oslo, Norway, and has written “Valkyrie: The Women of the Viking World”, the painting of “Valkyria” featured in the trailer for “The Northman”.

One is the shape of “Valkyria”. The swan headdress is worn on the head because the image of “Valkyria” in Norse mythology is a swan.

The black spots on her teeth are not “vegetable leaves”, but “tooth lines” (tattoos on teeth), which are a symbol of identity in Nordic culture, and related cultural relics have appeared in large numbers on Gotland, Sweden.

There are two crows at the beginning of the trailer, why are there only two, is it special effects to save money?

Also, why a lot of shots are given to a head in the wizard scene, is there any name for this?

The above designs are all based on literature, and the details will not be expanded here. If you are interested, you can search for “Odin” + “Crow” + “Mimir” by keyword.

Compared with such a complex and even a bit deep text, the main plot of the film is quite simple, even simple enough to be “a little boring”, and it may end in an anti-climax like the previous work.

The story of “The Northman” is based on the book “Gesta Danorum”, but more details are drawn from earlier Norse oral mythology.

The main line of the story can be described as “the Nordic version of Hamlet” in the way of modern people’s understanding.

The biggest difference between the two is that the characters in Shakespeare’s “The Tragedy of Hamlet” are more tragic and indecisive.

And “Nordic version of Hamlet”, the characters are simpler and rougher, and belong to a single-threaded brain. You can see why from the masculine, pure power output attack style of “Alexander Skarsgård”.

Looking at this figure, it reminds me of the moment when he played “Tarzan of the Ape”.

The former is a biographical art piece by Andrei Tarkovsky, and the latter is a male action film that mixes male hormones and blood plasma.

With such a combination of contrasting styles, did the “The Northman” I share pique your interest?

Related Post: Epic movie ‘The Northman’ fails at box office: Is it actually a literary film? 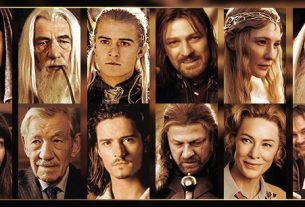 Luke Jennings, the original author of “Killing Eve”, posted a new post, expressing that he did not agree with the ending of the series 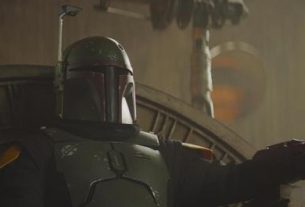