The trailer of “Spider-Man: No Way Home” has ignited the imagination of netizens, and Tom Holland fondly recalls his experience as Spider-Man.

Recently, after the release of the new trailer for the Marvel superhero giant “Spider-Man: No Way Home” jointly produced by Sony Pictures and Marvel Pictures, it has caused heated discussions across the Internet, with more than 26 million views across the Internet in 24 hours.

Related Post: “Spider-Man: No Way Home” was still changing the script when it was filmed? The ultimate smoke bomb?

Related topics such as the assembly of the five big enemies, the injury of Tom Holland, and the fall of MJ from a height have caused continuous heated discussions, and the expectations of global audiences have been soaring.

Tom Holland appeared at the first stop of global media events. He fondly recalled the experience of starring in Spider-Man, and his moist eyes moved the fans.

The preface of the Marvel Multiverse has officially opened, and the end of the Spider-Man Hero Series trilogy is shocking!

Related Post: “Spider-Man: No Way Home” does have three generations of Spider-Man in the same frame?

“Spider-Man: No Way Home” is directed by Jon Watts, and the original crew including Tom Holland, Zandaya, and Jacob Batalon have all returned. Powerful actor Benedict Cumberbatch joined the team.

“Spider-Man: No Way Home” will open up a new pattern in the Marvel movie universe, and the multiverse will open up infinite possibilities!

The must-see Marvel superhero movie “Spider-Man: No Way Home” in 2021 will be officially released in North America on December 17.

Recently, Tom Holland appeared at the first stop of the “Spider-Man: No Way Home” global media event. He watched the new trailer with hundreds of enthusiastic fans.

The atmosphere was enthusiastic, and the audience screamed in excitement at the climax.

During the event, when asked, “What do you hope young fans can learn from the movie?”

In addition, Tom Holland also recalled the experience of starring in Spider-Man, his voice choked when he talked about emotions.

He said that “starring in Spider-Man is a great experience, and I am glad to see everyone so enthusiastic, which to me means the whole world”.

The audience also responded to the Dutch brother with warm applause and cheers, expressing their strong affection for Tom Holland.

“Spider-Man: No Way Home” tells the story of Spider-Man in order to solve the crisis of identity exposure, hoping to rewrite the past with the help of Doctor Strange’s ability to manipulate time and space.

But the opening of the space-time channel has triggered an unprecedented story of a multiverse crisis.

Director Jon Watts said in an interview with “Empire” that “this movie is the final battle of the Spider-Man series”.

And Tom Holland also said: “”Spider-Man: No Way Home” is the most ambitious Spider-Man movie.”

In the trailer, the grand battle scenes are struck with fire: the visual spectacle of the city turning over, the earth-shattering explosions, the blood-boiled maneuvers and the super-burning visual effects of the scene are shocking.

Whether Spider-Man can usher in the perfect finale also affects the hearts of global audiences.

In the new preview released this time, the amount of detailed information is so large that it exploded, triggering the upsurge of the public to analyze and dig easter eggs frame by frame.

Spider-Man appeared in a new uniform, and the all-black color scheme is even more mysterious.

The appearance of the magic halo of the hand also made netizens very curious, is this magical equipment related to the ability of Doctor Strange?

Not only did Electro appear with a five-pointed star on his head, but the lightning also changed color.

Is all this related to the opening of the multiverse?

At the end of the trailer, MJ fell from a high altitude and his life was hanging by a thread. Spider-Man jumped to save his girlfriend and paid tribute to the classic part of the “Spider-Man” series.

This scene moved every fan who had watched the “Spider-Man” movie to tears.

In addition, the imagination of countless netizens exploded after the announcement of the trailer, and various interesting network maps, plot conjectures, and character stalks continued to appear.

Spider-Man’s powerful influence and high popularity once again made the audience express their anticipation.

Related Post: The latest preview of “Spider-Man: No Way Home” has an instantaneous number of views over 10 million.

Since Hugh Jackman no longer plays Wolverine, why not try it for Scott Eastwood? 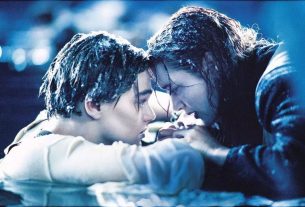 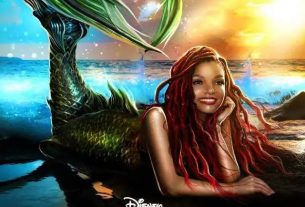