It is reported that the box office of “Spider-Man: No Way Home” released in the first week of the world has exceeded $600 million.

You know, this achievement does not include the Chinese mainland and Japanese film markets. It is also enough to see the extent to which this movie is well-loved.

In the next schedule, there will be Christmas stalls and Lunar New Year stalls, so “Spider-Man: No Way Home” has a box office of over $1 billion, basically there is no suspense.

The plot of “Spider-Man: No Way Home” continues the previous one, telling the story of Tom Holland’s version of Spider-Man. After his identity was revealed by the mysterious guest, his days have been living under public scrutiny.

The young Tom Holland did not plan to become a superhero facing the world like Iron Man.

So Tom Holland found Doctor Strange, hoping that he could use a curse to make the world forget that Dutch brother Peter Parker is Spiderman.

However, in the process of casting the spell, Tom Holland didn’t want his girlfriend and his good friends to forget his identity.

He disrupted the spell-casting process of Doctor Strange, causing chaos in the multiverse.

Although everyone doesn’t know that he is Spider-Man in the universe Tom Holland is in, other universes know that Peter is the villain of Spider-Man, and they have started to come to him.

Doctor Octopus, who first appeared on the stage, fought with Tom Holland on the viaduct.

But soon, Doctor Octopus discovered that this Peter was not the Toby version of Peter he knew.

At the same time, benefit from the advancement of technology. Tom Holland used nanotechnology to control Doctor Octopus in turn, and was finally able to get away.

After that, the villains were also caught one by one.

Therefore, Tom Holland couldn’t bear to take away the magic weapon of Doctor Strange, and trapped Doctor Strange in the mirror world, and he took a group of villains home.

But in the end, because of Peter, Aunt May’s death was caused and hatred was ignited in Peter’s heart.

On the other hand, Tom Holland’s friends and MJ, after waiting for news from him, planned to use the portal to summon Peter Parker.

But they summoned the Andrew Garfield version and Tobey Maguire version of Spider-Man. In the end, the three generations of Spider-Man are officially in the same frame.

They fought side by side and saved a group of villains.

Also, when MJ fell, he was caught by Andrew Garfield. This time, Andrew Garfield didn’t entangle MJ like Gwen with spider silk, but hugged her to the ground.

Presumably, this plan has been in Andrew Garfield’s mind for a long time.

In general, there is nothing new in the plot of “Spider-Man: No Way Home”. It is still the story of a hero growing up and defeating a villain, and it relies on the three generations of Spider-Man to attract attention in the same frame.

Many netizens also said that “Spider-Man: No Way Home” has exploded in the global box office, but it actually pulled off the fig leaf of Marvel movies.

Marvel movies have always used multiple heroes in the same frame to attract attention. This time, different versions of Spider-Man have been put together in the Marvel universe.

In future Marvel movies, multiple heroes and even different universes are in the same frame, which has become a point of attracting fans.

If things go on like this in the long run, the quality of the movie itself will be obscured. In essence, Marvel movies are fan-oriented movies.

I don’t know, do you agree with this point of view? 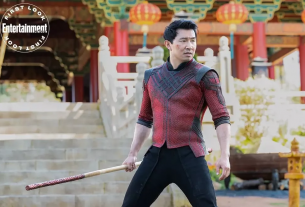