The film tells the story of a young boy who grew up in a “special situation”.

One night his father and grandfather took him to the sea far away from the shore in a wooden boat. A huge surprise awaited the boy. He finally discovered the truth about the mysterious work of their family.

The most beautiful thing in this world is moonlight, stars, and imagination. For the topic of growth, there are too many things to be studied deeply, and the animation of “La Luna” allows everyone to feel its gorgeousness.

“Minuscule: Valley of the Lost Ants”

The film tells the story of a ladybug being chased by other insects in a jungle hidden by humans and participating in a battle between red and black ants.

In a quiet jungle, under the path of human beings, there is a vibrant and lively insect world hidden. A ladybug was chased by various insects in the jungle, and then broke into the scene of the war of red and black ants, witnessing a “Troy siege” in the insect world.

“Minuscule: Valley of the Lost Ants” is a very creative cartoon. There is not a single human voice dubbing all onomatopoeia. The picture is very beautiful. The film shows the life patterns of various insects in nature, which is very suitable for children. Watch.

The film tells the story of the ladybug father and son helping their friends, black ants, to escape from the red ants, but unfortunately they flowed from the icy and snowy France to the scorching summer of South America and the Caribbean, which embarked on an extraordinary adventure.

The ladybug father and son used their bravery and wit to escape the claws of the mantis and spiders in the tropical rain forest, and got acquainted with the local ladybugs, and worked with the caterpillars to drive away the humans who invaded their homes.

The story of cute insects and real beauty, the story of little insects flying across the ocean to rescue friends is touching and interesting. The anthropomorphization of the animals is presented just right, so that every child can understand, the French romantic and humorous, plus the plot design full of childishness, adults will not be bored. It is definitely the best choice for parent-child movie watching during a happy weekend.

Disneyland separated by a wall

The film tells the story of a six-year-old precocious girl embarking on a series of adventures with her friends during summer vacation.

The summer vacation of a few children around six years old, and the adults who guard their sunny smiles are actually fighting for life every day.

The children are looking forward to a better life, and the adults are on the road to struggle. There are constant jokes in movies, but the warmer the imagination, the colder the reality. After laughing, it will cause people to think deeply and let us understand that reality is often cruel and helpless.

Movies are dreams, fairy tales are magic, all movies are stories about time

The film tells the story of 12-year-old Hugo Cabritt entering a very peculiar world after meeting a poor toy salesman and his goddaughter Isabel, and was fortunate to know the magic master and science fiction film production An interesting story of the ancestor George Merrière.

The dust-covered old film is like a broken robot. It needs to be re-opened by the repairer with the key of love. The rotation of the clockwork is the rotation of the film projector, and the graffiti of the pen is like movie magic—allowing future generations to appreciate its charm and discover history.

The film allows us to see Hugo, an ordinary but persistent boy. Everyone in this world has a purpose. Some people are very clear, and some people have not yet discovered their purpose, but they will eventually come here. One step, the sentimental sentiment deeply moved every adult and child.

No matter what age you are, home is always a haven

It tells the story of the protagonist Merida fighting against the shackles of tradition, bravely taking risks, and finding the true meaning of courage, thereby changing his own destiny.

In order to get out of her way of life, Merida refused to inherit the ancient traditions that were sacred and inviolable for the three tribal leaders. Merida’s recklessness brought chaos and disaster to her kingdom. When she asked the witch in the forest for help, the witch performed a catastrophic spell. And my triplets brothers—come to help her lift the spell.

“Brave” is a warm and heartwarming movie, which allows us to see the value of being kind and awakening, and the interpretation of family affection is charming and persuasive. It is suitable for parents to accompany their children to watch and feel the charm and touch of family affection.

Related Post:Inventory of 9 favorite movies of global audiences, and what are their moving parts. 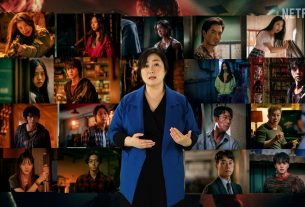 Why does Netflix value the Korean Drama Market so much?