Why did “Fast and Furious 9” set the lowest score in the series? The audience is tired of watching the big scene, or lost their sense of tension?

After being released for a whole week, the harvest will exceed 1 billion yuan. This may be the box office results in Mainland China that Universal Pictures did not expect for its latest blockbuster “Fast and Furious 9”.

As for the 1.43 billion in “Hobbs and Shaw”? But that’s an extra story without Van Diesel’s “family” members.

On the surface, “Fast and Furious 9” was released for 7 days, and the mainland box office has broken the 1 billion mark.

This is one of the best in this year’s imported films.

However, the single-day box office of the film has suffered multiple “half-cut” declines.

John Cena, who was transformed from a WWE wrestler like Johnson, joins to play Dom’s younger brother. Charlize Theron and Helen Mirren are back to the camp. Kang Sung-ho’s “Han” is cordial. resurrection.

Tyrese Gibson, Michelle Rodriguez, Jordana Brewster, Luda Kris, all the members of the “Fast and Furious” family you can think of, none of them fall.

These are essential selling points for Hollywood sequels.

This time, the truck has also become a magnet, and the car is also equipped with a rocket launcher and drove into space. It sounds like it makes the audience want to stop, dumbfounded, surprise after another, and buy tickets quickly.

In fact, the start of “Fast and Furious 9” was not bad. This time the mainland was released in North America one month ahead of schedule, and there were no competitors of the same level at the same time.

The director is holding a familiar formula, and the actors are still a familiar lineup.

But why is “Fast and Furious 9” so bad this time? The box office is not working anymore?

Because everyone has high requirements for large-scale productions, especially those with brilliant works.

When it comes to the details, it is the frustration of expectations and the audience’s boredom with exaggerated action scenes.

“Fast and Furious 9” was postponed for one year, and the publicity period was very long. There were two small publicity climaxes, and the two main announcements were more than 3 minutes.

Starting from episode 8, this series has deliberately or unintentionally developed in the direction of superhero movies.

There are more and more action designs that violate the laws of physics and gravity. “Hobbs and Shaw” is a sci-fi concept that animates human beings. The audience has begun to get tired of exaggerated action scenes.

To use an inappropriate analogy, like taking drugs, the production side had to increase the dose in the face of audiences who were increasingly numb with strong stimulation.

But the imagination is always lacking and exhausted, and the ninth episode has not surpassed “Fast and Furious 8” and “Hobbs and Shaw” in the exciting level of action scenes, which is disappointing and not surprising.

As mentioned before, after the producer changed the main type of the story from stealing to saving the world, it fell into an endless loop of having to increase the dose.

In addition, the producer used the character’s self-deprecating method to deconstruct the overly exaggerated action scenes.

It is presented through the lines of Roman (Terrys Gibson), who is in charge of funny, but the usage is more cryptic, and the audience can’t get it.

In other words, even if it gets there, it goes against the excitement pursued by action movies.

Deadpool can “break the fourth wall” in the movie and laugh at itself, but the “Fast and Furious” series can’t do that. You are not an action comedy, and you don’t have the personality charm of Deadpool.

After all, it was a big production of 200 million U.S. dollars, and it went to various parts of the world for shooting, making the picture beautiful.

Audiences who cannot travel internationally due to the epidemic can fill up their hunger with cakes. The scenes in Thailand and Edinburgh in Scotland are all pleasing to the eye.

Exploring the shooting method of Dom’s life experience will not add points to the visual impact of the blockbuster, but it will give new meaning to the family theme at the beginning of the fifth episode.

Why did Dom become such a person? What secrets are hidden in the death of Dom’s father.

Competing, supporting, splitting between brothers, and finally reconciling each other, can inflame the emotions of the audience, and can drive the audience who are not familiar with the previous plot into the drama.

Regrettably, the director had to take care of too many other elements, and did not pay enough attention to the details of the scene. The two muscular men did not perform well, which did not arouse the audience’s emotional resonance.

This is the first time this series involves legal racing, and it is a good way to go back to the starting point of the series.

Next, while shooting Dom and Jacob performing new tasks, look back on their past.

Wait until the last episode to let these people go back to the streets and come to the racing track to have a duel, which will bring the series to an end.

In addition, Johnson and Statham still have to come back, and they are both hoarding their minds. The last two episodes are still to be used well. I believe that Universal has its own plan and it is not difficult to make this happen.

As long as you have studied high school physics, you won’t see the truck turning into a magnet, the broken bridge, and the bridge that can be lifted into space by tying a rocket launcher in the film.

It is understandable that the creators have tried everything to upgrade the scene.

However, unlike Harry Potter’s broomstick, which can fly freely, “Fast and Furious 9” is not set in a “superhero” world full of fantasy/science fiction/magic elements.

It is set in the normal world where we live as normal humans and have normal cars.

If you use the normal world to set those famous scenes in “Fast and Furious9”, is it a bit exaggerated and unreasonable?

Paul Walker’s character Brian has been alive in the “Fast and Furious” series, although he never showed his face.

In this movie, his wife ran out to act in a play, and he didn’t show his face, which made people feel that the creator was a little moved to maintain this warmth, and at the same time, he was sweating for Brian’s composure.

Speaking of playing, why are those hackers, car repairers, sandwich shop waiters, and racers who are obviously ordinary people, once they join the “Fast and Furious” family, they suddenly become able to compete with all kinds of special forces around the world. Gang’s super beater?

I thought that I had gone wrong on the set of “Falcon and the Winter Soldier”, and the per capita super serum injection of players, this thing is not a vaccine, so popular in the world of “Fast and Furious” is justified.

In the fourth part, Mia clearly said to Dom, “Why do you say goodbye to your only brother?”
Suddenly there are two brothers in this movie.

Finally, there are two good villains, Jason Statham and Luke Evans. As a result, “Fast and Furious 8” has been cleaned up, and I will not give up without joining the family.

In order for Jason Statham to be formally whitewashed and Han must be resurrected, what about Giselle? Okay, you can’t afford to invite Gal Gadot now.

How to shoot next? “Fast and Furious 10” is difficult to end without engaging in time travel. “As long as I drive fast enough, time can’t catch up with me”, the fantasy linkage with Flash is just around the corner.

Didn’t Nolan have a fight with Warner? Ask him to be a producer.

To be honest, if Van Diesel is less pretentious, he is willing to let himself follow the route of Logan in “Wolverine 3”.

Loneliness, aging, loss of fighting spirit, and being overwhelmed by a rising star, this sense of conflict in comparison with his heroic state should be very surprising.

However, this feeling can’t be realized, forget it.

As an A-level series of action movies, the market requires that the action scenes of new movies must be continuously upgraded.

“Fast and Furious 9” thought of going to film a car in space, but this scene only appeared in the branch line, and there were not many scenes.

If all the last battle took place in space and the man in heaven was replaced by Van Diesel, the effect might be much better.

Of course, the increasingly exaggerated shooting method is not the best choice, but the desire of capitalists to make money that compels creators to make choices.

The series of movies are also alive. From a purely creative point of view, the series of Su Ji should be dead long ago.

Action scenes in action movies also have ceilings, and they become science fiction and fantasy movies if they are too exaggerated.

In “Fast and Furious9”, Lin Yibin repeatedly used Roman’s words to laugh at himself: We have experienced so much, how come we are always unscathed? It can be seen that the creators are also powerless and very uncomfortable when creating.

But “Fast and Furious” went back on the villain side. The combined deterrence of Zhao Xina and Fu Erdai was obviously not enough. Lin Yubin drew to Theron to make up the number, and did not add too much weight to the villain.

If the “Fast and Furious” series wants to have a beginning and an end, and a perfect ending, it is best not to have more than three sequels.

In the direction, you can take the route of the old and the new. Dom and Brian’s son can become the successor of the next generation.

It takes the time of three sequels to complete the training of newcomers and the retreat of the older generation of characters, with inheritance and feelings.

Just like Bryan’s retreat promoted the big sales of “Fast and Furious7”, Dom’s retreat will surely bring back a large number of viewers.

For example, in the highly acclaimed “Wolverine 3”, the hero’s twilight is a very selling point. Why can’t Tang be another Wolverine?

If the fast-excited series ends in “Fast and Furious 11”, a new generation of young characters can start again, starting from street racing, which also solves the problem of excessively exaggerated action scenes. 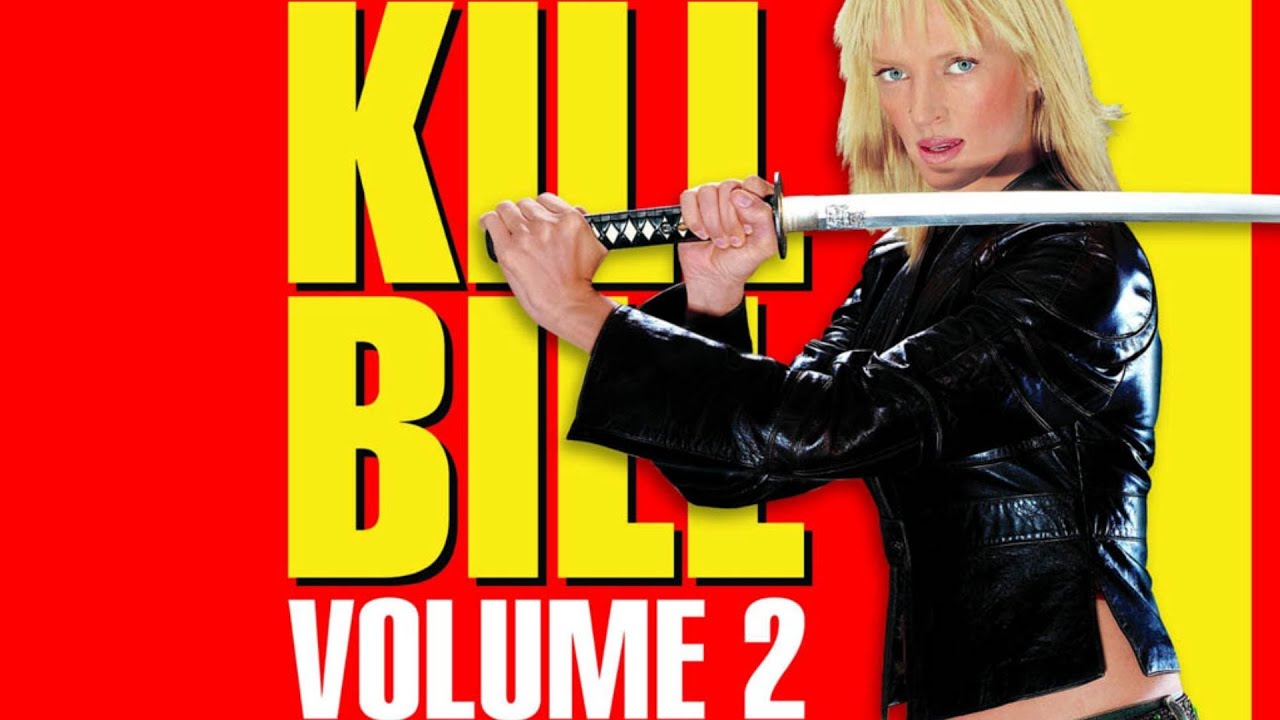 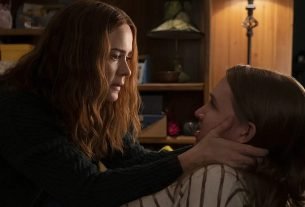