On November 26th, the DC superhero movie “Wonder Woman 1984” released a new “superior power upgrade” version of the trailer. Diana and Steve meet again warmly, and the classic lines are heartwarming. The teachings of Hippolyte, the queen of Paradise Island, are constantly echoing. Can Wonder Woman guide Wonder Woman to defeat this conspiracy? On December 18th, the finale of “Wonder Woman 1984” hit the winter, and it was screened in North America one week ahead of schedule.

This new trailer shows the impact of the two most important people in Diana’s life on her divine awakening. In the previous game, Steve, who died to save the world, was the torch that ignited Wonder Woman’s hope for the human world, while Diana’s mother, Hippolyte, Queen of Paradise Island, is a model and stalwart existence.

In the face of an unprecedented global crisis, Steve once again issued a request to Diana to save the world, and the emotional direction of the two became even more mysterious; Hippolyte’s voice-over about Diana’s abilities also hinted at Wonder Woman. Divine power will usher in a comprehensive upgrade in this film.

After coming to the human world, losing love, and discovering the meaning of her life, Diana who came to 1984 became more mature and sensual. As Gal Gadot said: “Wonder Woman is experiencing what humans have experienced. , Their growth curves are surprisingly consistent. And the main theme of this movie is the truth. We will see her human side.” Facing this conspiracy apocalyptic crisis, as well as the difficult double villains, she has escaped from the immature Dai Anna has changed again. This time the audience will also witness the growth and transformation of this goddess of love and justice.

This time, “Wonder Woman 1984” was released in North America one week ahead of schedule in Mainland China, which made Chinese audiences and fans look forward to it. The return of Steve and Hippolyte will bring more emotional pavement and changes to Diana, and the appearance of the two rivals of the Leopard Girl and Max Lord will present the audience with an even more incredible peak Duel. The immersive audio-visual experience, top-notch visual effects tailor-made for big screen viewing, and the love and hope that the film conveys all make “Wonder Woman 1984” a favorite for audiences to enter the cinema this winter. Two choices. 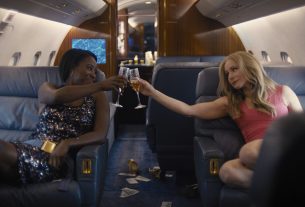 “Queenpins”: adapted from the largest coupon fraud scam in history 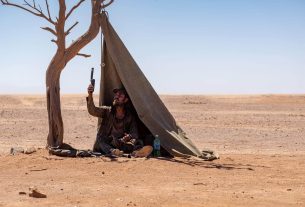 “Gold”: The official trailer for Zac Efron’s new film exposure, will you choose gold or life?