Remember Carl, Russell and the talking golden retriever Dug in the Pixar cartoon “Up”? Now they have a spin-off series “Dug Days”.

“Dug Days” was created by the original crews Pete Docter and Bob Peterson. The work will be launched on the Disney streaming media on September 1, and a trailer was exposed today.

“Dug Days” will tell you that Dug has discovered risk factors in the suburbs, such as puppies, fireworks, and squirrels.

The dog is still voiced by director Bob Peterson, and Carl and Russell have also appeared. Romantic Comedy ‘What’s Love Got To Do With It?‎’ Releases Official Trailer, It’s About to Premiere at Toronto International Film Festival 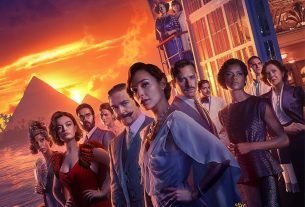 The new version of “Death on the Nile” releases an official trailer and poster, it will be released in 2022