The first teaser trailer for ‘The Swimmers,’ a film based on true events about a pair of Syrian sisters who escape as refugees all the way to Brazil to compete in the Rio 2016 Olympic swimming competition, will be available on Netflix on Nov. 23.

In 2015, sisters Yusra Mardini and Sarah Mardini, swimmers, fled their home country of Syria after their house was destroyed in the civil war. The sisters went first to Lebanon and then to Turkey, where they arranged to be smuggled by small boat to Greece.

However, when the refugees were in the middle of the Aegean Sea when the engine of the overloaded dinghy suddenly died, the sisters and two other swimmers were responsible for saving the lives of those on board.

Related Post: ‘The Swimmers’ to kick off the Toronto International Film Festival, it tells the story of a refugee swimmer. 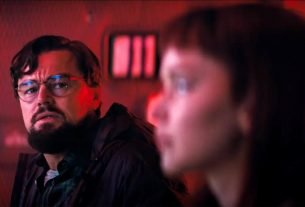 Netflix’s new film “Don’t Look Up” will be released soon, and it will hit the Oscars in the future