The vampire-themed movie “Night Teeth” starring Megan Fox and Sydney Sweeney will be released on Netflix on October 20th.

“Night Teeth” tells the story of Benny, a college student played by Jorge Lendeborg Jr., who works as a driver for party girls in Los Angeles and wants to make some extra money.

But he found that the party that these girls liked was a dangerous type, and the night became more bloody.

A territorial battle between rival vampire families is also going on, and Benny finds himself caught in the middle.

Can he get out of danger before the sun rises?

Or would he instead indulge in the sexy, deadly underground nightlife?

“Night Teeth” will go live on Netflix on October 20th. 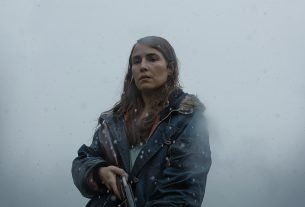