Let’s get the party started babaaaay! “Easter Sunday” releases Official Trailer, it will be released only in theaters August 5.

Amblin Partners and Dan Lin’s Rideback are collaborating on a new comedy inspired by the life of comedian Jo Koy.

“Easter Sunday” will be based on Koy’s life experiences and comedy talk show.

Koy is a seasoned comic with two Comedy Central and two Netflix specials, and will be celebrating Easter around a family gathering.

Jessica Gao and Jimmy O. Yang are both executive producers.

“Easter Sunday” will be distributed domestically by Universal Pictures, and Amblin Partners and Universal will share the international distribution rights. 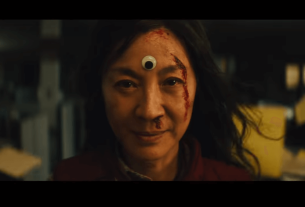