The well-known western costume fantasy album “The Witcher” has finally ushered in its second season.

In the latest story, the mentor and father-daughter relationship between the male protagonist Geralt and Princess Ciri has been carried forward, and the role potential of Princess Ciri has also been fully shaped.

In terms of overall viewing, “The Witcher Season 2” is enough to continue the good reputation of the previous work.

The background of the story is that Geralt, the protagonist of Witcher, finally meets Princess Ciri, and takes her to Witcher’s base, Kalhan, to start an apprenticeship course.

In the process, the peculiarities of Ciri’s personal background also gradually surfaced, making its value no longer limited to princess status or Witcher apprenticeship.

Another important role, the witch Yennefer, is now a prisoner of war. In addition to trying to get out of the predicament, she also faces a new problem.

This variable also buried many variables for Yennefer’s personal relationship with Geralt.

The fate of the three protagonists also sparked new sparks on this premise.

The fate of the two important roles has been fully characterized

Although Geralt and Ciri are both the protagonists of the show, and they have become adoptive fathers and adopted daughters under the blessing of “Law of Suprise”, they have had enough opportunities to get to know each other in “The Witcher Season 2”.

“The Witcher Season 2” is also a success in portraying the relationship between characters.

It can build a more convincing gradual deepening of the friendship between father and daughter, and mentor and apprentice through adventurous experience and the thick presentation of the apprenticeship training process, and also make some crises more emotional tension based on this.

As far as the adventures of the two are concerned, the interpretation of “The Witcher Season 2” can also show good viewing.

A scene in which two people spend their nights in other people’s homes, with the blessing of fantasy elements, is shaped with interest.

Under the influence of the curse, the owner of the house has a very special personal image, and he also possesses magic skills. All these aspects can be reasonably used to enhance the entertainment of the album.

Related Post: “The Witcher Season 2” is a hit: it’s one of Netflix’s top 10 English-language dramas!

“The Witcher Season 2” also makes good use of the foreshadowing at the beginning of the story, so that the potential threat can be portrayed with more dramatic tension, and it is reasonably combined with Witcher’s mission of killing demons and the master’s curse to show the drama Set the level of narrative level.

Later, they arrived at Kaer Morhen, Witcher’s base, which meant that brand new features appeared in the story.

With the appearance of the new stage, the element of Witcher is no longer limited to the actor himself in the film, but has more supporting roles and the castle stage as a foil.

The success of “The Witcher Season 2” enriched Witcher’s worldview.

Geralt’s master Vesemir is also an important role to show the gold content, and his value is not limited to leaders and elders.

The mentorship between him and Geralt has been reasonably shaped on the premise of no exaggeration, adding a warm current to the play.

Regarding Ciri’s apprenticeship training at Kaer Morhen, “The Witcher Season 2” effectively reflects the aspects she has yet to honed through the plot arrangement.

In this process, “The Witcher Season 2” also used training facilities to give the apprenticeship more dramatic tension and make the character’s growth curve more specific.

Ciri’s personal mentality can also add to this kind of drama. Her many details and interpretations of rival dramas are enough to show that although many young people are full of ambitions, they also lack the patience in reality.

“The Witcher Season 2” makes mentality shaping one of the content with texture.

The experience of the mentor and apprentice at Kaer Morhen is not limited to the training content. “The Witcher Season 2” can also enhance the appreciation of the work through the use of supporting roles.

The setting of a Witcher companion of Geralt who recently fought fiercely with the forest monster has been extended.

This success added a crisis to Kaer Morhen’s stage, and it also included a certain turning point in its final direction. It further affected Ciri’s training experience.

A witch visited Kaer Morhen, and she brought a lot of highlights to the plot. Her appearance gave Ciri more possibilities in the future, not just trying to become Witcher.

Ciri’s personal background has also been explored more deeply on this basis, which makes her role positioning more influential and enough to affect the pattern of the story.

This also makes Ciri easier to become a coveted target by all parties, and it plays a role in paving the way for the more dramatic tension in the future.

Related Post: Henry Cavill improvises lines that are not in the script when filming “The Witcher”.

Yennefer is also an important aspect of “The Witcher Season 2,” and her experience of becoming a prisoner of war has become a malleable content.

Her experience of getting out of trouble is enough to add suspense to the plot.

Yennefer’s identity as a prisoner of war went through a turning point in the process of disaster, and as a result, the element of the elf race was shaped more expansively in the play.

The vision and personal experience of a couple of elf leaders came to the fore on this basis and became a branch line that influenced the development of the story, making the story more full.

The personal challenges Yennefer experienced in the last season included trying to transform from an ugly duckling to a beautiful swan and working hard to overcome learning obstacles. Now she is also facing a brand new personal dilemma.

On the surface, this predicament may restrict her everywhere, but the appreciation of her adventures has not been reduced as a result, and the audience can still present her points of view in different ways.

At the same time, it also allows Yennefer to overcome new problems and become the key to affecting the direction of the story.

In the end, it also lays the foundation for the appearance of the new villain, allowing a more specific interpretation of the confrontation between good and evil.

The elements that make Yennefer’s adventure more interesting also include the use of supporting roles.

Some characters have bad intentions and can effectively render her disadvantaged situation. They make it a highlight to overcome adversity.

Some supporting actors have become unexpected journey partners, and they have made rival dramas and the process of cooperation an enjoyable content.

The appearance and role of the supporting actor, the bard Eskel, created a more pleasant atmosphere against Yennefer’s situation at the time.

The supporting actor once again carried forward his comedian characteristics and enhanced the fun of “The Witcher Season 2”.

The gathering of the three important roles of Geralt, Ciri, and Yennefer in the future will play a reasonable role in paving the way for the battle between good and evil in the second half of “The Witcher Season 2.”

The plot shaping of this play can be called a gradual progress. At the beginning, it gave a calm and tender portrayal through the relationship between the characters.

In the future, it will use the particularity of the corner of Ciri to create a changing atmosphere.

After that, the plot further uses the personal aspects and foreshadowing of Yennefer’s role to make the fate or relationship of the three important characters more emotional.

Whether some important characters may lose themselves and go astray has become a touching aspect.

At the end of the crisis, the positive virtues should be promoted reasonably

As far as the final climax is concerned, the play successfully used the villain’s foreshadowing and Ciri’s personal background to significantly enhance the challenge of confrontation between good and evil, and let Geralt and Ciri’s mentor-apprentice, father-daughter friendship, become an element of enhancing emotional tension.

During the battle, it promotes Witcher’s destiny to slay demons and slayers, or use special effects technology to make the visual effects of the battle scene outstanding.

The end of the crisis can also promote the virtues of letting go of hatred and the courage to sacrifice oneself in a timely manner, and make people’s sexual glory play a reasonable role.

The excellent shaping of many levels is enough to ensure the viewing of the final climax of “The Witcher Season 2”.

“The Witcher Season 2” arranges many new elements in this season, such as mentoring and apprentice, Ciri’s character features, etc., all have been quite ornamental interpretations.

In these processes, fantasy colors, battle scenes, character values, etc. can also be carried forward in a timely manner.

It is enough to allow the successful foundation laid in the last season to be extended in “The Witcher Season 2” and maintain the good reputation of the “The Witcher” series. 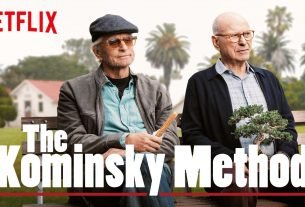 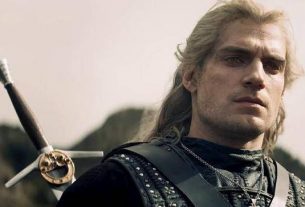