“Wish Dragon” goes live on Netflix, and its ratings rise all the way in the first weekend.

The “Made in China” animated film “Wish Dragon” dubbed by Jackie Chan has topped the Netflix ratings!

The story takes place in Shanghai and revolves around a short story between an ordinary elementary school student Siqi Ding and his good friend Lina Wang.

Siqi Ding was bullied and Lina Wang helped him get ahead. The two pitiful people became good friends and spent a good childhood together.

But the good times did not last long because Nana’s father wanted to develop better, and took Nana to leave the old neighborhood.

Siqi Ding and Lina Wang are back in a state of loneliness and lack of company. Dad tells Nana to look forward and go to a better place.

But what is the best place for children? Thought-provoking.

By chance, when Siqi Ding was delivering the food, a strange old man gave him a teapot.

And this teapot jumped out of it like Aladdin’s magic lamp, and a dragon wanted to send him three wishes.

Siqi Ding doesn’t want the golden mountains and the silver mountains to fly, but hopes to meet her childhood friend Nana again to be friends.

Although Nana left the old neighborhood and her father’s business was very rich and rich, Nana was not happy because her father only knew how to make money but did not accompany Nana.

As the plot advances, Nana and Siqi Ding return to the place where they lived when they were young.

The old neighbours have not changed. Although there is no material luxury in life, but with the human touch of the old neighbor, Nana can find happiness.

Siqi Ding, who originally believed that friendship is more important than money, was told by Nana that it is better to be realistic.

Now the disparity between the two of them can no longer return to their childhood relationship. The family also told Siqi Ding that when people grow up, they should understand that they should be more realistic.

Siqi Ding, who couldn’t find his friendship, was extremely disappointed in the world.

Heartbroken Siqi Ding decided to abandon the precious friendship of mankind, with the last wish, let Shenlong give him a rich life.

But Shenlong brought Siqi Ding to a ruin, and Siqi Ding asked where Shenlong was.

Shenlong told Siqi Ding that this was his original palace.

It turns out that Shenlong was born as an emperor, he was an emperor since he was a child, and he enjoyed the privilege that money brought him to dominate the whole world.

Shenlong sent his own daughter to make peace, let his son fight on the battlefield, and let his subjects continue to work.

As the emperor, the dragon at the fingertips holds countless gold and silver, and power is in the hands of the people.

However, at the time of dying, there are no subjects to be loyal, nor children to be filial, the palace is cold and the hearts of people are even colder.

When the emperor’s soul reached the gate of heaven, it was blocked by the gods and turned him into a wishing dragon.

As a punishment, he must serve ten masters and experience the way of the world.

But after thousands of years, none of these masters could help him understand the meaning of life.

Until the emergence of Siqi Ding, cherishing friends and family with a kind nature cannot be replaced by any gold or silver jewelry.

Shenlong asked Siqi Ding to figure out what is most important.

In the meantime, the villain appeared. In order to save Siqi Ding, the dragon became a golden statue and sank to the bottom of the sea. Siqi Ding thought that the dragon was lost forever.

The soul of the dragon on the other side returned to heaven.

The door god congratulates Shenlong and tells Shenlong that you are willing to let go of yourself and yourself, which means that you have realized the true meaning of life and opened the door to heaven for him.

The gods promised Shenlong to let him return to the world, but he needed to agree to a request.

As for the requirements, Siqi Ding’s last wish, and the ending of the movie, let’s look for the answer in the movie.

Don’t lose yourself in real life, let yourself laugh as you wish is the true meaning of the world. 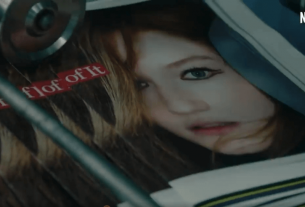 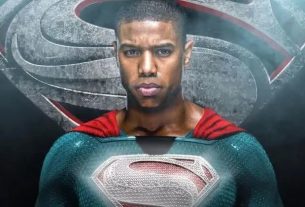 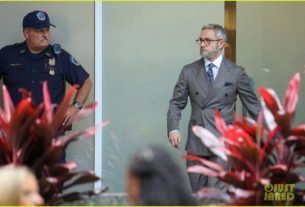