The game adaptation movie “Mortal Kombat” is a movie that was highly anticipated, but ultimately disappointed everyone.

It has a full of gimmicks, and in the end it is shocking in both the story and the action scenes.

However, with the title “Mortal Kombat”, this movie is quite popular all over the world.

This R-rated film was distributed simultaneously in theaters and streaming media, and the box office received more than 80 million U.S. dollars.

This number does not look good, but given that the investment in “Mortal Kombat” is only 55 million, combined with the conditions of North American theaters at the time, this number is still not satisfactory.

And what really made Warner determined to build a sequel was that “Mortal Kombat” performed really well in streaming media.

Until now, “Mortal Kombat” is still the most watched movie on Warner’s streaming media HBO Max.

Whether it is the popular monster blockbuster “Godzilla vs. Kong” or the popular superhero theme “The Suicide Squad” recently launched, they are all overshadowed by “Mortal Kombat”.

The subjects that the people like to hear and see, not only need to be photographed, but also special shots are required.

In the latest reports from authoritative media, it was mentioned that Warner is preparing a series of “Mortal Kombat” movies, intending to create a “”Mortal Kombat” universe.”

Now everything becomes a universe.

However, these are all projects that have been in operation for many years. Warner’s streaming media platform HBO Max has just risen, and it is precisely when content is most needed to attract audiences.

A large wave of DC hero projects has been set before. This time, we will strike the iron while the iron is hot and push the boat along the way to form a “”Mortal Kombat” universe” tailored for HBO Max.

For Warner, this is of course a desirable good thing.

And more importantly, the theme of “Mortal Kombat” itself is similar to superhero movies and is very suitable for expanding into a universe.

Because there are too many familiar characters in it, the story of each character can be brought out and told well, and it is not a problem to publish a 70 biographies of the 30th family.

And this theme always has a most basic main story, and all the rumored stories can be easily brought together.

It sounds much better than the DC movie universe, which is constantly cut and messy.

In fact, when Warner restarted the project, it was already full of confidence.

In previous interviews, the main creators have confirmed some sequel plans.

For example, screenwriter Greg Russo said that they had a trilogy plan when they first wrote the story.

For another example, Joe Taslim, the actor of “Sub-Zero” in the film, also confirmed that he had signed five “Mortal Kombat” film contracts with Warner from the beginning, provided that the first film was successful.

Now, the success of the first movie is obvious to all, so Joe Taslim will also appear in at least four “Mortal Kombat” movies in the future.

Therefore, “Sub-Zero” will return in the future.

The performance of “Sub-Zero” in “Mortal Kombat” is quite eye-catching, but the background story about him has not been shown too much.

If you can make a rumor in the future, it sounds very good.

And what kind of story will the next mainline sequel tell?

In fact, screenwriter Greg Russo has also revealed some content.

The stories of the trilogy he participated in will focus on the pre-competition, during and after the competition.

Anyone familiar with this subject knows that although there are many classic characters in the “Mortal Kombat” movie, the movie does not actually show a real championship.

So, the next direct sequel should show the specific process of the competition.

Of course, in view of the quality of the first part, I hope that the main creator can make a snack, so that the “Mortal Kombat” sequel can have more highlights.

In this way, the movie universe spawned by a big IP can be spread out vigorously. 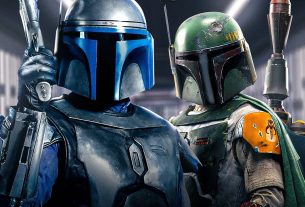 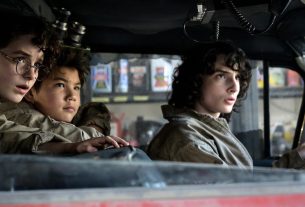 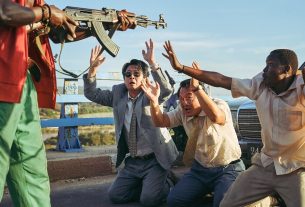