The 89-year-old Ellen Burstyn returns to the starring role and the “One Night in Miami” actor Leslie Odom Jr. joins.

The director is David Gordon Green, who has directed the new version of “Halloween“.

It is reported that the restart trilogy is a sequel to the original film.

The new “The Exorcist” trilogy was produced by Blumhouse and Morgan Creek.

The original “The Exorcist” can be described as one of the most horrible movies ever shot. It graphically depicts the legendary struggle experience between humans and demons.

It tells the story of 12-year-old Regan MacNeil (Linda Blair) being possessed by a demon. Her mother Chris MacNeil (Ellen Burstyn), father Karras (Jason Miller) and the spiritual priest Merrin (Max von Sydow) are trying to understand and save the little girl. The story of the soul and the unremitting struggle with the devil.

After adjusting for inflation data, the film ranked ninth in the box office of North American film history, and it was a sensation that year. 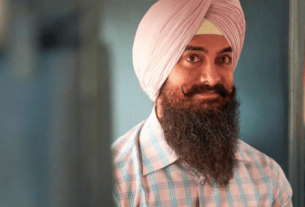 “The Terminal List” released the official trailer and new poster, it will be on Prime Video on July 1 ‘Spider-Man: Across The Spider-Verse (Part One )’ releases new poster and stills