The two rivals of DC Marvel linked up, James Gunn said he wanted to film Harley Quinn to cooperate with Groot! Discussed with the executives of both parties.

On July 27, according to media reports, James Gunn expressed in an interview that he wanted to make a Harley Quinn VS Groot movie.

James Gunn said that he had discussed with Marvel and DC executives, and bluntly said that this is not his own idea.

It seems that cooperation between the two giants is still very possible.

Netizens have opened their brains.

In addition to the combination of Harlequin Groot, everyone also wants to see Deadpool and Batman. Although the master does not kill, Deadpool can help Batman curse.

There are still people who want to see Batman and Iron Man in the same frame, and the two rich men together.

When I think about it, the picture should be very embarrassing, and the name is “Two very rich big bosses save the world”.

Wonder Woman and Scarlet Witch also gained a lot of support for their beauty combination.

Both of them are strong women with good looks, and both have experienced the death of their loved ones, and there may be many topics in common.

What’s even more funny is that someone proposed to let Deadpool and Green Lantern make a movie together.

Because Deadpool’s actor Ryan Reynolds is also an actor of Green Lantern, so you can save money for another actor.

James Gunn has worked with Marvel and DC, and he directed Marvel’s classic “Guardians of the Galaxy“.

“Guardians of the Galaxy” was so cool and funny with a funny style that James Gunn played well, and earned a good reputation at the box office.

He and DC are cooperating with the new film “The Suicide Squad“, which will be a complete restart.

Of course, the brain hole belongs to the brain hole. The specific project has not yet been determined. I still wish James Gunn’s wish to come true. 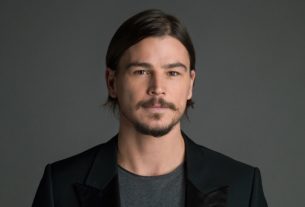