Martin McDonagh (‘Three Billboards Outside Ebbing’ ‘In Bruges’) wrote and directed the new film ‘The Banshees of Inisherin’ released stills, “The Killer Has No Vacation “The combination of re-collaboration, a sense of storytelling.

‘The Banshees of Inisherin’, starring Brendan Gleeson, Colin Farrell, Barry Keoghan and Kerry Condon, it has been described as a “heartbreaking tragicomedy “.

The film tells the story of one of two friends on a remote Irish island who suddenly decides to end their friendship, with unexpected and surprising consequences.

‘The Banshees of Inisherin’ has been scheduled for a small Northern America release on October 21. Emilia Schüle on the red carpet at the premiere of “November” 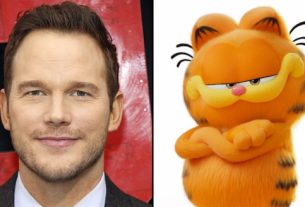 The classic IP “Garfield” will launch a new animated film, and “Star-Lord” will dub Garfield!