‘The Son‎’, a new film in the “Family Trilogy” series to which ‘The Father’ belongs, has released new stills and photos from the set.

‘The Father’ explores the devastating effects of Alzheimer disease on human emotions, while ‘The Son’ focuses on teenage depression, also adapted from a play of the same name written by Zeller, who also wrote the screenplay for the film version with Christopher Hampton.

‘The Son’ follows Peter (Jackman) as he lives a busy life with his new partner Emma (Kirby) and their newborn child, when his ex-wife Kate (Dern) shows up with their troubled and angry adolescent son Nicholas (McGrath, Cobell) in mind. Everything becomes chaotic.

Peter strives to be a better father, helping his son with intimate, natural moments of family happiness.

But Nicholas’ state sets the family on a dangerous path, and they must do everything they can to maintain the bonds that unite them.

Zeller has created three theatrical productions on the theme of family, and now the last one, ‘The Mother’, has yet to be made into a film version.

Related Post: “The Son‎” will premiere at the Venice International Film Festival.

Related Post: ‘The Son‎’ is set to hit theaters in Northern America on November 11 this year. 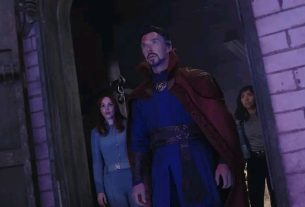 “Shang-Chi” starring Simu Liu will compete for the Oscar winner, and he will also appear in “Doctor Strange 2”