Actress Nia Vardalos announced on her social media platform that the film is currently shooting in Athens. In addition to starring, Nia Vardalos also participated in writing the film’s script and directing the film.

Varlais said she wanted to use the film to pay tribute to Michael Constantine, who died in August 2021 and played the female lead, Toula’s father Gus, in ‘My Big Fat Greek Wedding’ Part 1 and Part 2.

The majority of the cast will return, with Toula’s mother Maria played by Lainie Kazan, brother Nick played by Louis Mandylor and cousin Nikki to be played by Gia Carides.

‘My Big Fat Greek Wedding’ and its sequels were released in 2002 and 2016 respectively. The film tells the story of how the heroine, a Greek-American, overcomes many obstacles to marry her non-Greek sweetheart.

The theme of the film is not only about the cultural differences between the two places, but also a veiled reference to inter-ethnic reconciliation.

In order to integrate into the Greek family, the boyfriend made all sorts of concessions, learning all kinds of Greek culture and trying to be more Greek than a Greek in every way.

At present, there is no specific release schedule for the film. 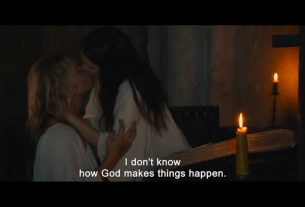