Netflix’s new film “The School for Good and Evil”, has released a brand new poster. On the poster, the teachers and students in the school are arranged from top to bottom, and they seem to have something on their minds.

Interestingly, the characters according to their own attributes, wearing different clothes, and the background behind them are also very different, the visual effect is very gorgeous and very obvious contrast.

But the story doesn’t go the way they expected and they find a reversal of fortune: Sophie is absorbed into the evil school and Agatha into the good school.

But what if this mistake is just the first clue to discovering their true inner selves, both of them?

In this thrilling, comedic story, the friendship between the two is tested and the only way to get out of the fairy tale is to experience the fairy tale from start to finish.

The film’s director is Paul Feig, who has been known for making comedies for many years.

From this behind-the-scenes cast, from this writer-director combination, Netflix intends to make this film a film with fantasy and comedy.

Related Post: “The School for Good and Evil” Reveals Casting Dynamics, Cate Blanchett Will Be Narrator. 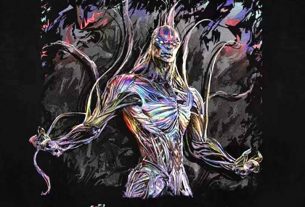 The modeling of the scariest villain in the history of “Eternals” leaked, netizens: I dare not watch the movie!