Recently, the horror film ‘Incantation’, directed by Kevin Ko and known as the scariest film in the history of Chinese and Taiwanese cinema, released a new ghost posters and announced that the film will be launched on Netflix platform on July 8 this year.

‘Incantation’ was released in Taiwan, China in March this year, and moviegoers said it was great to watch and had a lot of backbone.

The film, in the form of a pseudo-documentary, tells the story of Ruo-nan and his friends who formed a video team six years ago and broke into a forbidden place in a cult ritual, angering the sleeping evil spirits and causing everyone to die one after another.

The film is based on a real event that took place in Kaohsiung, when a family of six thought they were possessed by a god and the whole family went crazy ……

Previously, the director of the film revealed that the second part will be shot. And at the same time announced that it will be “a word trilogy” as the main axis, shooting a series of films inspired by “the most horrific real-life events in Taiwan in recent years”.

Related Post: “Incantation” released a teaser trailer for the Netflix version, officially announcing that it will be available for streaming on July 8 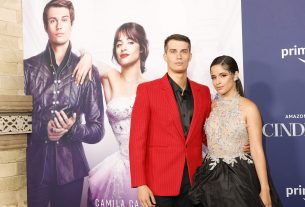