‘The Playlist’: The epic fantasy narrative used in this episode, which tells the origin of the adventure story, shows the full advantage of the huge budget. The overall feel of Middle-earth is vast and deep, though it feels familiar.

‘TheDailyBeast’: The show’s fantasy plot is ambitious and exhilarating, and the producers’ efforts at streaming are impressive. The episodes maintain a balance between brilliance and meanness, romance and cruelty, joy and despair, grandeur and intimacy. It gives a fresh, energetic feeling.

‘Chicago Tribune’: It may take a while for the episode ‘The Lord of the Rings’ to sort itself out and get viewers into the story situation. But so far, so good.

‘The Lord of the Rings: The Rings of Power’ Rotten Tomatoes is 83% fresh

‘The Washington Post’: The film’s characters – including the elves Galadriel and Elrond (played by Cate Blanchett and Hugo Weaving in the film version) are thinly veiled, and the plot doesn’t have much substance . The cast is okay, but not compelling. The dialogue is particularly clichéd and clunky, with too many chanted monologues about the search for “light” or the ever-elusive nature of evil.

Earlier series operators John D. Payne and Patrick McKay said that Season 1 story is not from the novel itself, but from the novel appendices recorded in the ‘Second Age’ inspired by the ‘The Lord of the Rings’ ‘The Hobbit’ thousands of years ago epic.

Related Post: ‘The Lord of the Rings: The Rings of Power’ Releases New Official Trailer.

Related Post: Amazon boss Jeff Bezos attends ‘The Lord of the Rings: The Rings of Power’ premiere, says his son fears he will ruin the book. “Knives Out 2” released the pilot trailer, and officially announced the title of the film ‘Glass Onion: A Knives Out Mystery’ 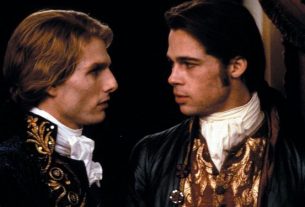 “Interview with the Vampire: The Vampire Chronicles” will be made into a U.S. drama 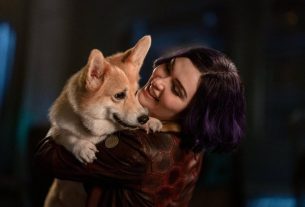