“The Father” releases the “Father and Daughter Farewell” fragment, the separation of the family is heartbreaking.

The “Oscar” award-winning masterpiece “The Father”, which debuted on the big screen in Mainland China in 2021, is now in theaters.

The word-of-mouth in China is leading the way. With less than 2% of the films in line, the number of new films on the chart for 4 consecutive days, and the mainland box office exceeded 10 million.

In the “Farewell” movie clip released by “The Father” a few days ago, the “Oscar” actor and actress revealed their true feelings and staged a heartbreaking scene.

In addition, the unique narrative style of “The Father”, the warm love story of father and daughter, and the god-level acting skills of “Oscar” actor Anthony Hopkins were all talked about by the audience.

The social topic of facing reality has also caused heated discussions across the Internet. Many viewers said that it was not enough to watch it once, and one after another went to the theater for second and third scans.

Authoritative media and film critics have not hesitated to praise, saying that this film is a must-see realistic masterpiece of the year.

Related Post:Hugh Jackman + Laura Dern starred in the second “The Son” of the “Family Trilogy” .

Father and daughter parting is heartbreaking

Since its release, “The Father” has continuously created great achievements with its excellent quality and excellent reputation.

With an average daily ranking of less than 2%, “The Father” has created a record of 4 consecutive days in the number of new films in attendance. The box office has risen all the way against the trend, and has now exceeded 10 million.

The outstanding performance of “The Father” has been unanimously optimistic in the industry. At the same time, the film received rave reviews after it was released, and word-of-mouth led the way.

In addition, “The Father” has received numerous praises during the awards season, and won 26 blockbuster awards in major film awards around the world, won 133 nominations, and won the “Oscar” actor and two best adapted screenplays in one fell swoop. A blockbuster award.

And “The Father” also won 98% freshness of rotten tomatoes, 91% popcorn index, and a super high score of 88 MTC points.

“The Father”‘s good reputation and achievements were locked in advance as the “Best of the Year” movie by domestic authoritative media critics.

Recently, “The Father” released a movie clip of “Farewell to Father and Daughter”. His daughter Anne was determined to live in Paris. In desperation, her elderly and demented father was placed in a nursing home.

In “The Father”, the father was full of disappointment. Even after the daughter explained everything, the father still sorrowed and said, “But you said you won’t leave me”, “What about me, am I the only one”, no The feeling of home is beyond words.

As the condition deteriorated, the father had forgotten many important things, and after trying to keep him to no avail, he also asked about missing family members who had passed away. This also made his daughter Annie burst into tears.

The daughter endured great sadness and grief. On the one hand, she hoped that her father would be better taken care of and had to send him to a nursing home. On the other hand, she was also tortured for leaving her father alone.

The father and daughter held hands and staged a heartbreaking parting finale. “The Father” reflects the old-age care problems in the real society, and the cruel ending is thought-provoking. The “Oscar” actor’s true feelings are revealed, and the sad parting makes people cry.

“The Father” tells the story of Anthony, who is elderly and ill, is caught in a space-time vortex of intertwining memories and reality during the conversation with his daughter Anne.

The film tells about the aging and forgetting that each of us will encounter. Some viewers said that “images and lines hit the soul directly, and it will not be restored for a long time.”

In addition, the film truly restored the daily life of Alzheimer’s patients and their caregivers. Some netizens recalled the sick elderly at home and shared their personal experiences.

“Also don’t remember things, admit the wrong person, and get angry.” The ambivalence of love and helplessness towards the elderly is empathetic.

The profound theme and humanistic care also make “The Father” the most special existence in the same period, which is recognized and loved by the audience.

Since “The Father” was released, it has been highly recognized by the media, film critics and audiences. Netizens have repeatedly said that “It is worth watching again for Anthony’s superb acting skills.”

At the same time, some media praised the social value brought by “The Father”, believing that “this is an excellent work of great significance and an excellent display of the living conditions of the elderly, and it is worthy of a second brush.”

Many film critics have also locked the film as the best of the year in advance, thinking that “every time you watch it, you will have a new feeling, and the details of the design are endlessly memorable.”

As the “Little Golden Man” award-winning film that first appeared on the big screen in Mainland China in 2021, the excellent quality and reputation of “The Father” made the audience scramble for the second and third brushes, and continued to give to those around them.

“There is no doubt that “The Father” is one of the best movies of the year, no matter how you look at it, it is good enough.” 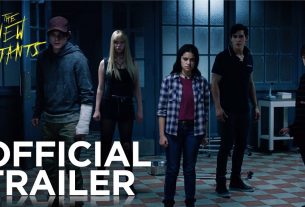 After waiting for the Marvel blockbuster “The New Mutants” for so long, then just like that? 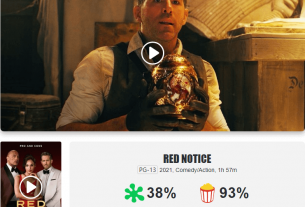