After ‘Guardians of the Galaxy Vol. 2’, Sylvester Stallone, 76, is back in a superhero movie. ‘Samaritan‎’, starring him, announced that it will be available for Amazon streaming on August 26. The film is directed by ‘Overlord’ director Julius Avery and produced by MGM.

Twenty years ago, Smith was the superpowered vigilante of Granite City, a Samaritan who was thought to be dead after a fierce battle with his rival, but Sam wishes he were still alive.

With crime on the rise and the city on the brink of chaos, Sam wants to call this mysterious neighbor out of hiding to save the city from destruction. 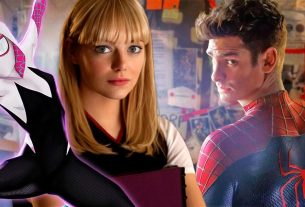 Rumor: Sony wants to find Emma Stone to play Spider-Gwen, and the Black Cat project is also under planning Superman will make a cameo appearance in “Black Adam”? Johnson: I will listen to the voice of the audience