Diego Luna starring in the “Star Wars” new spin-off ‘Andor’ released new stills, it will be on August 31 Disney + opening.

Andor’ is a prequel to ‘Rogue One: A Star Wars Story’ and has been confirmed to have two seasons of 12 episodes each, spanning a total of five years in the timeline, with Season 1 telling the story of the first year.

Related Post: ‘Rogue One: A Star Wars Story’ will be re-released in Northern America limited IMAX theaters on August 26 this year. 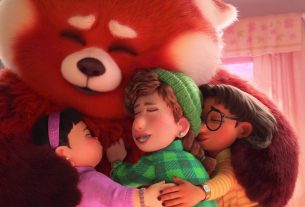 Simu Liu, Thanos and Aquaman appeared at the Oscar scene, appreciation of pictures before and after the awards