A few days ago, the new set shots of the movie “Sonic the Hedgehog 2” were exposed. In addition to the figures of the leading actors James Maisden and Tika Sumpter, the cartoon models of Sonic, Tars and Na Cruz are also visible. Appeared at the shooting scene.

It is reported that this sequel will add new characters. In addition to Tars, who appeared in the first ending egg, Na Cruz will also appear.

And the scenes will not be too few, his special skills gliding and climbing will also remain in the movie.

On March 17 this year, the film’s director Jeff Fowler announced the filming of the film on the social platform.

Related Post:Break the Dimensional Wall! “Aquaman” is expected to be the voice of “Sonic the Hedgehog 2”.

Thanks to the predecessor “Sonic the Hedgehog”, it has achieved impressive results with a double harvest of word-of-mouth at the box office.

With a global box office of more than 300 million US dollars, it broke the box office record of the game adaptation of “Detective Pikachu”. So its sequel plan is progressing quite smoothly.

Currently, the film is scheduled to be released in North America on April 8, 2022. “Sing 2” confirmed to participate in the AFI Film Festival 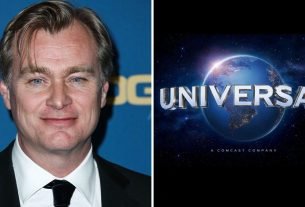