In the short one-minute preview, the main actors of the series became a painting on the wall, and President Groff turned into an interpreter next to each other to explain the imagery in the painting.

At the end of the trailer, the principal stopped in front of the scenes of Eric and Adam and said “I’m very curious about how the story of these two little angels will develop”, and then announced that the series will have a third season. news.

Netflix renewed the third season of “Sex Education” so quickly, which also shows that the ratings performance of the second season should be quite good.

“Sex Education” continues to tell the story of Moordale Middle School in the second season.

The relationship between the protagonists has undergone new developments in this season, and there have also been some unexpected cps for the audience.

The lineup for the third season has not yet been announced, but judging from the preview, the leading actors should all return.

The third season of “Sex Education” has not yet announced the broadcast time. 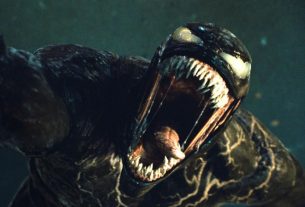 “Venom 2” or postpone the schedule again