According to media reports, ‘Winter Soldier’ Sebastian Stan’s new film ‘A Different Man’ has revealed a set of roadside photos.

The special effects makeup of Sebastian Stan is very scary and makes the SAN value drop wildly. It is reported that the film is written and directed by Aaron Schimberg, A24 distribution of psychological thriller film.

‘A Different Man’ tells the story of Edward, a man seeking a new life and a fresh start, who goes for facial reconstruction surgery and thereafter becomes very concerned about another man.

The character played by Sebastian Stan in the film is actually similar in appearance to the real actor Adam Pearson, who has a benign tumor on his face and looks different than normal, a very rare disease. 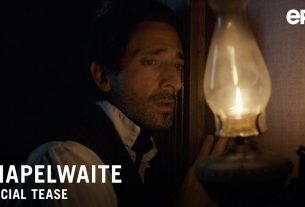