“Ready to Live the Life You Deserve?” The “different, right” way, the scary secret in a seemingly nice neighborhood ……

The trailer is full of thrilling and exciting images, with Pew frantically wrapping his head tightly with cling film to enjoy the feeling of near suffocation, night terrors and nightmares, lost in the desert, and a seemingly peaceful life that is actually chaotic.

Based on the novel of the same name, the film is set in the 1950s California desert, where a housewife (Pugh) and her husband (Styles) live in a Utopia-style experimental community, and she begins to worry that his glamorous company may be hiding disturbing secrets. ‘The Lord of the Rings: The Rings of Power’ Releases New Stills, Elf Ereinion Gil-galad, Elrond, Celebrimbor and More Appear “What If…” announced at SDCC 2022 that season 2 will be available early next year, and season 3 is already in the works 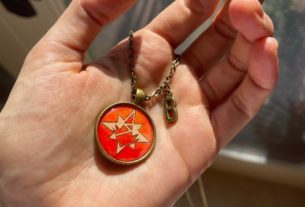